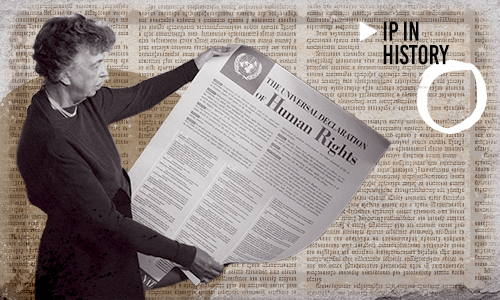 Intellectual property or IP became an increasingly big deal during the 20th century. In parallel with the rapid advancement of technology, including easier and cheaper ways to make copies of content (have you ever thought of how the advent of the photocopying machine, VHS, CDs, and – now – the internet have impacted the protection of IP rights?), legislative initiatives and case law had to keep pace with each development. At the time, as the world globalised more and more, the international dimension of IP also became increasingly relevant … and crowded with legislation!

First of all, new IP statutes were adopted throughout the first half of the 20th century. Among other things, the new legislation served to implement the international instruments adopted in the 19th century with their most recent revisions into national law. For example, the 1911 Copyright Act allowed the United Kingdom to align its law with the Berne Convention, last revised in Berlin in 1908.

The first half of the 20th century – sadly – also saw two world wars. Their effects were felt everywhere in society and IP is no exception.

For example, the French Intellectual Property Code extended the term of copyright protection for certain works created during World War I and II, or for authors who died fighting  for France. The argument put forward was that these authors had not been able to fully exploit their works during those conflicts. As a result, books like The Little Prince will be protected well beyond the ordinary 70-year period following the author’s death. Even though Antoine de Saint-Exupéry died in 1944, it is calculated (yet uncertainties still exist!) that his most famous work will not stop being protected by copyright until sometime between 2033 and 2045.

Another example but with different motives relates to Hitler’s own copyright. After the Nazis were defeated in 1945, the State of Bavaria became the owner of the IP rights to Hitler’s most infamous work, Mein Kampf. The copyright protection covering the 70 years following Hitler’s death was upheld and Bavaria refused any permission to reprint it to prevent it being used for the incitement of hatred.

The first half of the 20th century also saw new international IP instruments being adopted and existing ones being revised. Examples of the former include the 1928 Hague Agreement establishing an international system for the registration of industrial designs, the 1957 Nice Agreement introducing a classification of goods and services for the purposes of registering trade marks and service marks, and the 1961 Rome Convention securing the rights of performers, producers of phonograms and broadcasting organisations.

The end of World War II signalled the beginning of a new age of international policy and relations. For the first time ever, the 1948 Universal Declaration of Human Rights set out fundamental human rights to be universally protected. Among other things, IP received recognition as a fundamental right therein: Article 27 provides for everyone’s right “freely to participate in the cultural life of the community, to enjoy the arts and to share in scientific advancement and its benefits.”

During the first half of the 20th century, IP became more and more important: not only were more sophisticated IP laws adopted, but efforts to pursue international harmonisation further intensified. In addition, IP found a specific place within the system of human rights. The legacy of all this is still strongly felt today.